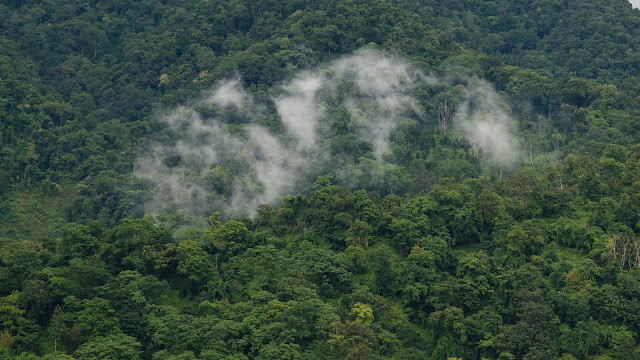 Putting ecology before the economy, Bhutan is going to charge regional travellers from India, Bangladesh, and the Maldives, a Sustainable Development Fee (SDF) of $16.85 (Rs 1,200) per day from July. Predictably, tourism operators on both sides of the border, that were riding high on the recent tourism boom, have expressed serious concerns about this move.

Bhutan adheres strictly to its policy of ‘high value-low impact’ tourism based on its unique Gross National Happiness (GNH) policy that is based on four principles of sustainable development, environmental conservation, preservation and promotion of cultural values, and good governance.

To achieve these goals, barring regional tourists, visitors from all other countries pay significantly higher costs, including a Sustainable Development Fee of $65 (Rs 4,650) as part of a mandatory package of minimum $250 per day which includes, visa fees, sightseeing entrance fees, meals, local transport, and accommodation. The SDF is a direct revenue contribution for the maintenance of ecology and local development in the country that is also famous for being carbon negative.

However, this "high value, low impact" strategy was failing in the last few years following a spike in the numbers of regional visitors, especially from India, that were exempt from SDF levy. Bhutan received a total of 274,097 visitors in 2018. Of the total arrivals, 202,290 were regional tourists. Indians make up the majority of these regional tourists and had sparked worries for the unique Himalayan kingdom's star attraction, its cherished ecology.

Bhutan’s biggest attraction is its natural heritage and it is a fact that tourists in large numbers, running around some of the world’s most pristine landscapes, are going to damage the ecology, resulting in a loss of flora and fauna and posing a biosecurity risk. Go to any hill station in India, from Manali to Munnar, to witness the devastation caused by Indian tourists.

In its Travel and Tourism Competitiveness Report in 2017, the World Economic Forum noted that degradation of the natural environment was having a serious effect on the tourism sector: natural capital depletes — because of overfishing, deforestation or water and air pollution — so tourism revenues decline.

UN Environment’s research has shown that the industry’s use of key resources, such as energy and water, is growing commensurately with its generation of solid waste, including marine plastic pollution, sewage, loss of biodiversity and greenhouse gas emissions.

Tourism accounts for around 8 percent of global greenhouse gas emissions, according to a new study published in the scientific journal Nature Climate Change, to quantify the industry’s total carbon footprint. The report concludes that flying less and investing in payment schemes to offset the damage caused by travel will be essential to avoid “unchecked future growth in tourism-related emissions”.

It’s quite simple, a country that has a tourism sector that both cares about the sustainability of the environment and nurtures its places of natural beauty is going to attract discerning international and local visitors who are willing to pay the extra dollar. That extra dollar can go into restoration, conservation and well-being of the local biodiversity.

For example, Rwanda’s strategy to focus on high-value/low impact responsible ecotourism, aka Gorilla Tourism, rather than mass tourism has resulted in funding for the government’s programme for the protection of gorillas. Since 2010, Rwanda is considered to be one of the safest destinations in East Africa for wildlife and biodiversity experiences.

Several studies, including one by the Nielsen and Cornell University’s Centre for Hospitality Research, have estimated that 75 percent of Millennial and Gen Z travellers would be willing to pay extra for sustainable tourism. Fifty percent of the older generation or Baby Boomers are also willing to pay more for environmentally responsible destinations.

Cox & Kings carried out a survey in India’s key cities, including Delhi, Mumbai, Chennai, Kolkata, Bangalore, Ahmedabad, and Thiruvananthapuram. About 5,000 respondents aged between 20 and 35 took part in the survey, and a whopping 87 percent of the respondents felt strongly about saving the environment.

These are encouraging trends, and may just augur well for the tourism sector.
We need carbon neutral, zero-waste, environmentally-sensitive tour packages to destinations that have environmentally-conscious, free and fair societies that value the ecosystem.