Climate Change | Sorry Greta Thunberg, the world is not ready to tackle the climate crisis 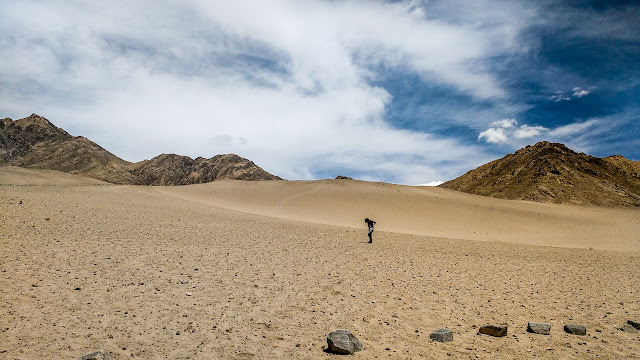 The much-hyped United Nations Climate Action Summit in New York on September 23, starring UN Secretary-General Antonio Guterres, teen climate activist Greta Thunberg, and millions of children from around the world rallying for urgent and enhanced climate action, delivered near to nothing.
In 2015, governments pledged in the Paris Agreement to attempt to keep global warming since pre-industrial times to 1.5 degrees Celsius. This requires achieving net-zero global emissions by 2050. Science shows that phasing out coal, the most polluting fossil fuel, is essential to achieving that goal. This year, Guterres asked world leaders to come to the UN with concrete plans to cut emissions to net-zero.
Instead, rich countries and large emitters such as the United States, Australia, Saudi Arabia, and Brazil brazenly ignored Guterres’ call and skipped the summit, while others practically came empty-handed to the table. Chinese President Xi Jinping’, leader of the world’s largest emitting country, sent his envoy Wang Yi with nothing but a promise to meet its Paris pledge.
Even Prime Minister Narendra Modi’s promise of installing 450 GW after 2022 was received with scepticism given India’s continued dependence on coal-fired power plants. According to BP Energy Outlook 2019, coal’s share in India’s primary energy consumption will be almost half at 48 per cent in 2040, oil’s share will be 23 per cent, and the contribution of renewables will rise fivefold to a mere 16 per cent.
Worldwide, despite the extraordinary growth of renewable energy in the last decade, the share of coal-fired powered plants continues to dominate the global energy system.
According to a report by Climate Analytics, the current and planned coal power plants globally would lead to a generation increase of 3 per cent by 2030 compared to 2010 levels. If the world follows these present trends, this would lead to cumulative emissions from coal power generation almost four times larger than what would be compatible with the Paris Agreement by 2050.
Even if all the planned and announced coal power plants would be cancelled, shelved, or converted to other fuel, the operating coal plants would exceed the Paris Agreement benchmarks by four times in 2030 and more than 20 times by 2040, highlighting the huge risk of stranded assets that the coal sector will be facing in the next decades.
The UNEP Emissions Gap Reports, aka ‘where we are likely to be and where we need to be’, current Nationally Determined Contributions (NDCs) are estimated to lower global emissions in 2030 by up to 6 GtCO2e (gigatonnes of equivalent carbon dioxide) compared to a continuation of current policies. This level of ambition needs to be increased around fivefold to align with the 1.5°C limit.
For now, levels of the main long-lived greenhouse gases, carbon dioxide (CO2), methane (CH4)) and nitrous oxide (N2O) have reached new highs. CO2 emissions grew 2 per cent and reached a record high of 37 billion tonnes of CO2 in 2018. There is still no sign of a peak in global emissions, even though they are growing slower than the global economy.
According to the UN’s Science Advisory Group, ‘the average global temperature for 2015–2019 is on track to be the warmest of any equivalent period on record’. The Intergovernmental Panel on Climate Change (IPCC) is of the view that ‘warming and changes in ocean chemistry are already disrupting species throughout the ocean food web, with impacts on marine ecosystems and people that depend on them.’ It also noted that ‘if current trends continue wildfires and heat waves would sweep across the planet annually, and the interplay between drought and flooding and temperature would mean that the world’s food supply would become dramatically less secure.
The IPCC’s Special Report on Global Warming of 1.5° clearly states that, “avoiding that scale of suffering, requires such a thorough transformation of the world’s economy, agriculture, and culture that “there is no documented historical precedent.”
Scientists believe that “this is not physically impossible” but as Thunberg and Guterres discovered, the world is nowhere near ready to tackle the climate crisis on the basis of science. Not yet.

First Published on Sep 26, 2019 in Moneycontrol
Posted by SHAILENDRA YASHWANT No comments:

Plastic Ban | Single-use plastic has no place on this planet 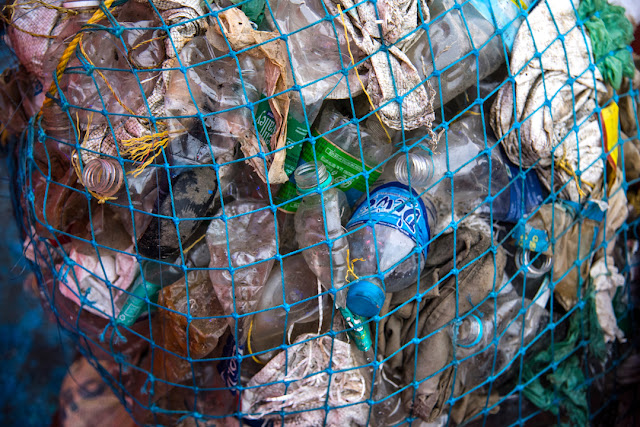 In 2018, as the global host to UN World Environment Day, India had promised to phase out single-use plastic (SUP) by 2022 with the theme ‘Beat Plastic Pollution’. During the UN Environment Assembly meeting held in Nairobi, in March, India piloted a resolution on phasing out SUP by 2022, a deadline later updated to 2025.

Earlier this month, Prime Minister Narendra Modi, at the United Nations Conference on Desertification said, “I think the time has come for the world to say goodbye to single use plastic,” reiterating his government’s intention to phase out SUP. As if on cue, the plastic industry went in to protest mode, raising the usual bogey of threats to the livelihoods of plastic industry workers and how ‘businesses will find themselves stuck with proscribed equipment and will have to incur additional costs to replace old machinery’ at a time of ‘economic slump and slowdown’. We are told about how SUP is actually a very small percentage of plastic waste that is littering our landscapes and finally, we are told that plastic is not a problem, instead, we should improve India’s ill-managed waste management systems.
Even former environment minister of the Congress-led United Progressive Alliance (UPA), Jairam Ramesh, took the opportunity to tweet, "As Environment Minister I resisted blanket ban on the use of single-use plastic. Plastic industry employs lakhs and the real problem is how we dispose and recycle waste.”
If Modi’s most recent pronouncement was yet another test balloon, the government was quick to pull it back down. Union Environment Minister Prakash Javadekar clarified at a press conference that “there is no imminent ban on the use of single-use plastic in India, that the “Prime Minister Narendra Modi didn't say ‘ban’, but said 'goodbye’ to SUP waste. From October 2, we will begin an attempt to collect all that waste. Nearly 10,000 tonnes of plastic waste remains uncollected,” he pointed out.
SUP are commonly used for plastic packaging and include items such as plastic bags, food packaging, bottles, straws, containers, cups and cutlery, intended to be used only once before they are thrown away or recycled.
According to a UNEP 2018 report, 79 per cent of the plastic waste ever produced now sits in landfills, dumps or in the environment, while about 12 per cent has been incinerated and only 9 per cent has been recycled. In Europe alone, the estimated costs for cleaning shores and beaches reach €630 million per year (European Commission 2015).
According to PlastIndia Foundation, a conglomeration of associations and institutions that deal in plastic, India consumes an estimated 16.5 million tonnes, about 1.6 million trucks full of plastic annually. Of this, 43 per cent is plastic manufactured for single-use packaging material.
About 80 per cent of the total plastic produced in India is discarded immediately and will find its way to landfills, drains, rivers and flow into the sea. Currently, the country is able to recycle only about 4 million tonnes of its plastic waste. A recent study by Thiruvananthapuram-based NGO Thanal estimated that there was 1,057 tonnes of plastic litter present along the beaches of Kerala.
The plastic industry in India is estimated to grow to 22 million tonnes (MT) a year by 2020 and nearly half of this is SUP, according to a Federation of Indian Chambers of Commerce and Industry (FICCI) study.
Imagine 11 million tonnes of SUP waste being added to the already existing mountains of plastic waste every year. There are no studies available about the overall economic impact of plastic pollution but a study by Asia-Pacific Economic Cooperation (APEC) estimated a $1.3 billion economic impact of marine plastics to the tourism, fishing and shipping industries in that region alone.
It is indeed true that banning SUPs today will hurt a large part of existing investments in machinery and impact jobs in the plastics industry but future costs of removing all single-use plastics accumulating in the environment will most certainly be higher than the costs of allowing this polluting industry to grow today. The solution to India’s problems with plastic waste should be addressed by ensuring sustained effort to cut down consumption and investing in the recycling sector. SUP has no place on this planet.
First Published on Sep 16, 2019 in MoneyControl.