The Kerala Floods: Will The Last Words Ever Spoken Be Why? Why? Why? 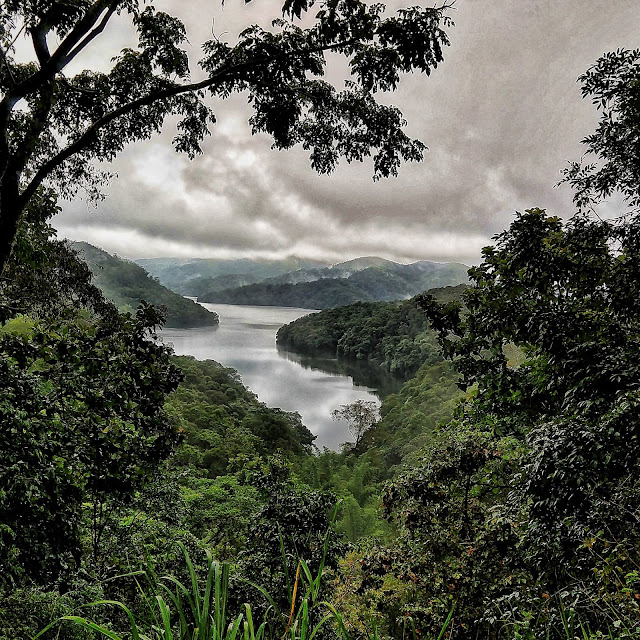 "This year, we have seen the terrible flooding in Kerala in India, savage wildfires in California and Canada, and dramatic warming in the Arctic that is affecting weather patterns across the northern hemisphere. The trend is clear. The past 19 years included 18 of the warmest years on record, and greenhouse gas concentrations in the atmosphere continue to rise.” – UN Secretary-General Antonio Guterres.

In August 2018, Kerala experienced once-in-a-lifetime rainfall of 2,378 mm. over 88 days, four times more than normal. The Indian Met Department (IMD) pegged the rainfall in the first  20 days of August at 164 per cent above normal.

Almost all 41 west-flowing rivers originating in the Western Ghats were in spate. The reservoirs of all 82 dams on these rivers were at maximum capacity by August 10, 2018.  Shutters of 54 dams had to be opened by August 21, and the gates of 35 out of these 54 dams were opened for the first time in history.

The rivers already filled to the brims, broke their banks with the release of reservoir water and swept everything in their path – roads, bridges, vehicles, buildings and humans.

The iconic Idukki dam and its reservoir received 811 mm. of rain and when the controversial Muallaperiyar dam began to overflow into the Idukki reservoir, all five gates had to be opened for the first time in 26 years. The resultant trail of destruction from Cheruthoni to Aluva, forced authorities to shut down the Kochi airport. Paddy fields and entire villages in the 900 sq. km. delta of Kuttanad, the backwaters of Vembananad lake, some lying two to three meters below sea level, were completely submerged.

The human casualty was terrible. According to the Kerala government, one-sixth of the total population of the state was directly affected by the floods and its collateral impact. As of September 7, 2018, the death count was 483, with 14 missing. Over a million people were evacuated and are only now, slowly, returning to their homes and their lives. 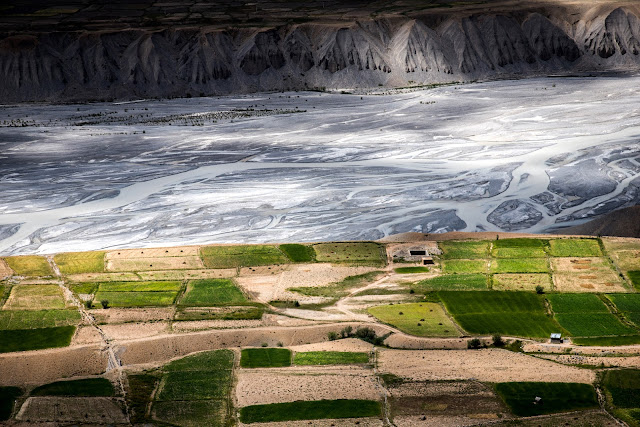 In the short summer of Spiti valley, when the snow melts on high peaks, there is a spurt of intense agricultural activity around the sparsely populated villages in the cold desert of Himachal Pradesh – for four months between May and August every year.

Spiti, the ‘middle land’ between Tibet and India, is classified as a sub-Himalayan desert that is mostly inaccessible for the rest of the year when snowfall blocks the mountain passes. Due to its extreme and inhospitable conditions, Spiti valley is one of the least populated regions of the world, home to just 13,000 people living on 758,000 hectares of land.

When not snowbound, the stark sub-Himalayan landscape supports very little life. Being in a rain shadow region, there is negligible rainfall, leaving the mountains devoid of any vegetation. The climate is marked by sharp turns in temperatures, high-speed winds, high altitude atmosphere and low humidity, all of which makes the soil dry and almost devoid of organic matter.

Despite these handicaps, Spiti valley has been made habitable and productive by sheer human cunning, doggedness and use of ingenious techniques to cultivate crops like barley, black peas and potatoes, the staple diet of locals, and more recently, green peas and fruits like apples and seabuckthorn.

One of the remarkable features of farming in Spiti is its snow-fed irrigation system known as the Kul. Tapped from the head of a glacier, the Kul is a water channel that leads to a circular tank from which water is let out in a trickle. The Kuls often cover long distances, running down precipitous mountain slopes and across crags and crevices. Water from the Kul is collected through the night and released into the exit channel in the morning. By evening, the tank is practically empty, and the exit is closed. This cycle is repeated daily.

Between sowing in April and harvesting in September, water availability is for approximately 70 days. All available and accessible patches of land along various snow streams and rivers are cultivated. Barley fields near potatoes and green peas are sown in the month of May and the crop is harvested at the end of August.

However, this unique irrigation system, carefully nurtured for hundreds of years, is now failing due to the retreat of glaciers induced by climate change. The glaciers are no longer playing their part as the main suppliers of water. They have retreated so much that in some places, they have completely disappeared and the Kuls receive very little or no water.

A 2014 study by the Jawaharlal Nehru University in New Delhi said annual temperatures in the Indian Himalayas rose by up to 2 degrees Celsius over two decades, while the area of glaciers here have reduced by 13% over five decades.

This was done through a remote sensing-based glacier study on thickness and mass over the Lahual-Spiti region. Almost all glaciers have shown a clear thinning at low elevations, even on debris-covered tongues. The rate of ice loss is double that of the long-term (1977 to 1999) mass balance record for the entire Himalayas.

Glaciers are the symbol of an inviolate environment and are visually and quantitatively among the most reliable indicators of climate change. Since the early 2000s, average temperature in the Himalayas has increased by about 1 degree Celsius, which is around four times the global average. Temperature rise is more during winter and autumn than during summer, and it is clear that the temperature increases with rise in altitude, directly impacting the snow capped mountains, melting the glaciers faster.

“In Spiti valley, de-glaciation has been to the extent of 10-12% during 2001 and 2007. The rate of retreat of glaciers in Baspa and Parvati basins has also been fast since 1962, in some cases as high as 172 metres per year,” S.S. Randhawa, Senior Scientific officer at the Himachal Pradesh Council of Science and Technology, told indiaclimatedialogue.net. “The area under snow cover too has changed from October to June in six basins, and the decline in snow cover ranges between 5-37% in the 2010-2014 period compared with 2015 and 2016.“

The abrupt change in the weather is not only affecting the unique irrigation system, but is endangering the very survival of traditional subsistence crops and threatening the food security of the region.

For the last five years, farmers have been complaining that there is lesser, low-quality crop and increased pestilence due to warming weather. Some areas in the region saw maximum mean winter temperatures going up by as much as 3.4 degrees Celsius from the 1980s.

Some farmers have responded by shifting their apple orchards up the hill slopes.

A study conducted by the Regional Centre, National Afforestation and Eco-development Board and Dr Y.S. Parmar University of Horticulture and Forestry, Himachal Pradesh, points out that in the past three decades, the apple crop is getting affected in all the hilly regions in lower altitudes.

Farmers in Spiti valley have taken to planting apples

“The snow line, once considered as ‘white manure’ for the apple crop and forest cover necessary for conservation and recharge of natural water bodies has also shifted upward to higher hills,” the study said. “Therefore, the quality apple production has shifted to higher hills and dry temperate zones of Kinnaur and Spiti areas.”

From a distance, the task of growing apples in the rugged landscape of Spiti seems impossible, but a closer look reveals the extraordinary ingenuity required to literally hug a mountain side, almost vertically, divert snow water and grow apple trees.

The markets have given thumbs up to the Spiti apples, as they seem to give to any Spiti product, going by conversations at the main market in Solan in the lower reaches. If the claims of the horticulture department are to be believed, the apple produce in Lahaul-Spiti has been over 125 tonnes from 450 hectares this year, and is likely to double in the next five years.

Enthused by the growing business, the horticulture department has set a target of expanding apple orchards by 50 hectares every year.

But it was interesting to hear a dissenting view from Rajesh Kumar, a local wholesaler. “The few crops we have received from Spiti are top quality and fetch high price. More and more apple growers from Himachal are considering to shift but it may not be such a good idea,” he told indiaclimatedialogue.net. “Spiti valley is home to the snow leopard. It is a one-of-its-kind ecosystem. All this increased human activity may not be taken kindly by the mountains.”