In Baksa district of Assam in north-east India, right next to the Bhutan border, hundreds of farmers held a demonstration this month. They alleged that Bhutan had blocked the flow of water from the transboundary Kalanadi river to irrigation channels.

In normal years, the farmers walk into Bhutan through the open border and repair the channels before the monsoon. They were stopped this year because Bhutan has closed its borders due to the Covid-19 pandemic. Bhutanese officials point out that they have repaired the channels themselves.
There were reports in the local media saying Bhutan had blocked water to the dongs, as the traditional mud and stone irrigation channels are called.

“Nothing can be further from the truth,” said Ugyen Rabtan, vice-president of the Bhutan India Friendship Association’s (BIFA) Gelephu chapter. “Why should we stop water flowing down from the hills? The farmers from Baksa wish to cross the border to repair the dong channels but due to Covid-19 related protocols this cannot be allowed as Bhutan is taking strict measures to keep the country pandemic-free. But instead of having a dialogue with the local authorities about our efforts, these farmers have been misled into believing that we have deliberately stopped the water.”

Sewali Borgiary, a member of the local association that organised the demonstration, told news site East Mojo, “At this time every year farmers of the locality enter Samdrup Jonkhar [a town in Bhutan] and repair the irrigation channels to carry water of Kalanadi river to the paddy fields on the Indian side. But this year, due to Covid-19, the authorities in Bhutan have refused the entry of Indian farmers. Because of this, for the last five days the dongs have not been able to carry water to the paddy fields. We need water. Otherwise, we won’t hesitate to intensify our agitation.”

Explaining the situation, Tshering Namgyel, the BIFA focal person in Samdrup Jongkhar, said in a Facebook post that for the past three months since the lockdown started, officials and communities in Bhutan, “have been doing our best to ensure continuous supply of water to our farmer friends of India… Due to frequent rainfall in the mountain ranges resulting in sudden increase in the flow of water sometimes our hard and sincere efforts go in vain.”

Officials in Bhutan supervise the repair of irrigation channels so that water can flow
to farms in India [image by: Tshering Namgyel]

When in spate (containing more water than usual and flowing fast), the river washes away the mud and stone walls that farmers put up to channel the water.

Dahal Narzary, who works in an NGO in the nearby town of Kokrajhar in Assam agreed with Namgyel. “It is difficult to understand why these farmers are agitating,” he said. “If anything, the DC (district commissioner) of Samdrup Jongkhar himself oversaw the repairs to channel the water to Baksa district. Unfortunately, due to heavy rains, the repairs were washed away last week. Following the news of the farmers’ problems, he hired another JCB [earth mover] and had the channels repaired once again.”

The dong system
This part of Assam bordering Bhutan is peopled largely by Bodos, believed to be the earliest inhabitants of the state. They practise a highly efficient community-managed irrigation system called Dong-Jamphai, which is over 100 years old. Dongs are created by digging canals that channel water from the many rivers and streams flowing down from Bhutan to Assam to reach fields and homesteads in the villages downstream.

Typically, a dong network starts at the point of diversion from a river or water source. The larger systems have subsidiary channels, around 3-5 feet wide, taking off from the main dong channel (7-12 feet wide). These subsidiary canals branch off eventually into jamphai, or field channels that supply water to the farms. Usually dongs dry out naturally at the end of their course or meet other large water bodies like rivers or wetlands.

The dongs are narrow but very long, with branches and sub-branches extensively throughout the paddy fields that are the main source of livelihood in the area. They can irrigate up to 5,000 hectares. The longest dong is reported to be 10 kilometers, but most are between 2 and 5 kilometers long.

Community institutions called ‘dong-bandh committees’ oversee each point of this intricate network. These committees are found throughout the four districts of Bodoland Territorial Administration Council – Kokrajhar, Baksa, Udalguri, and Chirang.

There is a long history of cooperation between the people of Bhutan and Assam over the maintenance of dongs and an informal early warning system on floods. Villagers, NGOs, and local administration from both sides of the border are very proud of this long-standing cooperation.

See: Villagers in Bhutan and India come together to share river
See:  WhatsApp messages from Bhutan save lives in Assam

The farmers in Baksa district decided to hold a demonstration despite this history. It may be a coincidence that elections in Bodoland are just around the corner. One observer said, “As soon as the Bhutan officials realised what was up, they took immediate measures to fix the problem and allow the water to flow. The problem is solved now.”

Animesh Prakash of Oxfam India, who has been studying the dong system as part of Oxfam’s Transboundary Rivers of South Asia (TROSA) programme, said, “In the long term, this people to people cooperation needs to be institutionalised where both governments including local administration should have significant roles to play. Already the cooperation between the civil society organisations on both sides of Indo-Bhutan border is considered unique in the region. Such cooperation is very significant in these trying times.”

This report was first published on thethirdpole.net 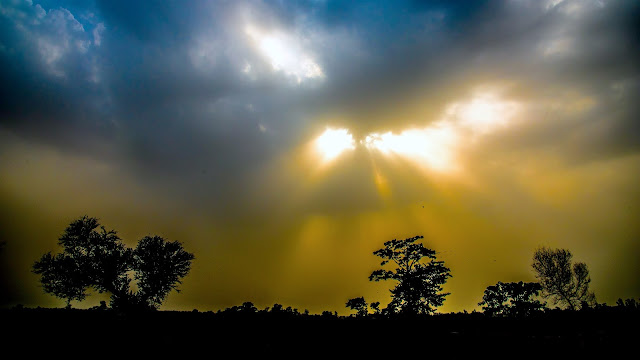 
Posted by SHAILENDRA YASHWANT No comments: