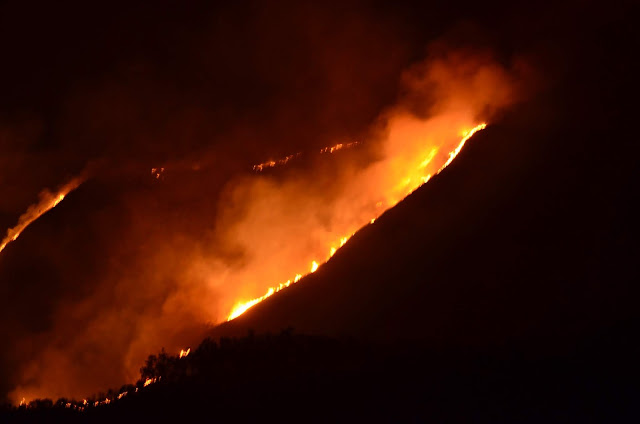 India, like the rest of the world, is facing an unprecedented economic and humanitarian crisis caused by climate change and environmental degradation, as is evident from the increasing intensity and recurrence of floods, droughts, extreme heat and cold, cyclones, sea level rise and an erratic monsoon.
According to a recent report by McKinsey Global Institute, climate change hazards such as extreme heat waves and humid conditions could potentially cause a reduction in India’s Gross Domestic Product (GDP) by 2.5-4.5 per cent due to decline in labour productivity and reduced working hours.
The Global Climate Risk Index 2020 says India suffered an economic loss of $37 billion due to climate change in 2018. Another study by Stanford University’s Earth System Science, measuring the effects of anthropogenic climate change on GDP per capita by country, has estimated that global warming has made the Indian economy 31 per cent smaller than it would have been otherwise.
Preliminary estimates by the Government of India indicate that around $206 billion (at 2014-15 prices) would be required between 2015 and 2030 for implementing adaption actions in key areas such as agriculture, forestry, fisheries, infrastructure, water resources and ecosystems. Beyond these, additional investments will be needed for strengthening resilience and disaster management, pegging the total funds requirement at $2.5 trillion for the 15 years.
Unfortunately, consecutive Union Budgets since 2015, under the Narendra Modi-led National Democratic Alliance (NDA) government, have failed to consider the real cost of climate change and environmental degradation. The 2019-20 Budget by Union Finance Minister Nirmala Sitharaman was hailed by the Prime Minister as a “green Budget” with a vision for “pollution free India with green Mother earth and blue skies”, but the actual budgetary allocations did not match this rhetoric, with little or no reference to climate change, mitigation, adaptation or disaster risk reduction.
As she prepares the Budget for 2020-21, Sitharaman must acknowledge the undeniable fact that anthropogenic activity is eroding human capital (education and productivity) as well as produced (infrastructure and property) and natural (air and water) capital at an unprecedented pace.
In this context, Sitharaman must prioritise and scale up fiscal action to address the unfolding climate crisis and environmental emergency by first and foremost bolstering allocations to the National Action Plan on Climate Change (NAPCC).
The NAPCC was adopted in 2008 and incorporates India’s vision for ecologically sustainable development by creating eight national missions, i.e. for deploying solar energy, enhancing energy efficiency, creation of sustainable urban habitat, conserving water, sustaining fragile Himalayan ecosystems, expanding forest cover, making agriculture sustainable and creating a strategic knowledge platform to serve all the national missions. The success of these missions is key to India’s commitment to the Paris Agreement to combat climate change and achieve its Sustainable Development Goals (SDGs).
Another area that the minister needs to urgently look at is ways to mobilise funding for natural calamities and climate-induced disasters. Collections from the National Calamity Contingent Duty -- a major contributor to the National Disaster Relief Fund (NDRF) -- have been declining, having fallen to Rs 3,660 crore in FY18, from Rs 6,450 crore in FY17.
A panel of state finance ministers is exploring whether a disaster cess/tax should be imposed nationwide to fund the NDRF, but it is well known that a cess may not be the best way for funding disaster management. According to an Indiaspend report, just 29 per cent of the clean energy cess on coal was transferred to the National Clean Energy and Environment Fund between 2010-11 and 2016. Instead, Sitharaman must find ways of provisioning for these funds in the Budget.
Finally, the finance minister must also correct the anomaly in allocation to the National Adaptation Fund. One of India’s nationally determined contributions (NDCs) under the Paris Agreement is “to better adapt to climate change by enhancing investments in development programmes in sectors vulnerable to climate change, particularly agriculture, water resources, the Himalayan region, coastal regions, health, and disaster management”.
The allocation of Rs 100 crore, a fraction of the total budget of over Rs 2,900 crore allotted to the Ministry of Environment, Forest and Climate Change (MOEFCC) in 2019-20 is woefully inadequate. Mitigation of climate change depends on the international policy, but at a national level, it is critical that we invest in adaptation to prepare our most vulnerable communities to survive and thrive.
Shailendra Yashwant is senior adviser, Climate Action Network South Asia (CANSA). Twitter: @shaibaba. Views are personal.