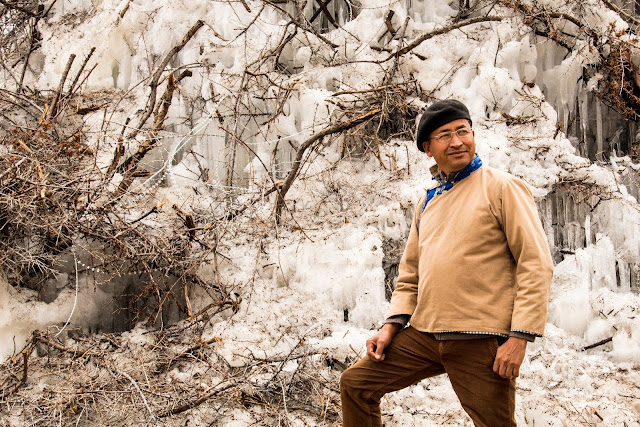 "The possibilities are endless." Sonam Wangchuk could be talking about any of the many ideas he has thrown at me in the last hour, but in this case he was referring to the "ice stupa", a conical two-storey-tall artificial glacier that was drip-releasing frozen water in the middle of a very hot and dry May, irrigating 5000 poplar and willow trees on the outskirts of Phayang Monastery in the mountain desert of Ladakh.

The applications of ice stupas range from irrigating dry and arid mountain deserts to mitigating dangers posed by glacial lake outburst floods (GLOFS). Most of all, Sonam is excited about reviving the rural economy of Ladakh by promoting ice stupas as a winter attraction for tourists.

"In exchange for the ice stupa technology, the Swiss will share their expertise and experience in sustainable tourism development with the people of Phayang, to revive the dying economy of the village," says Wangchuk.