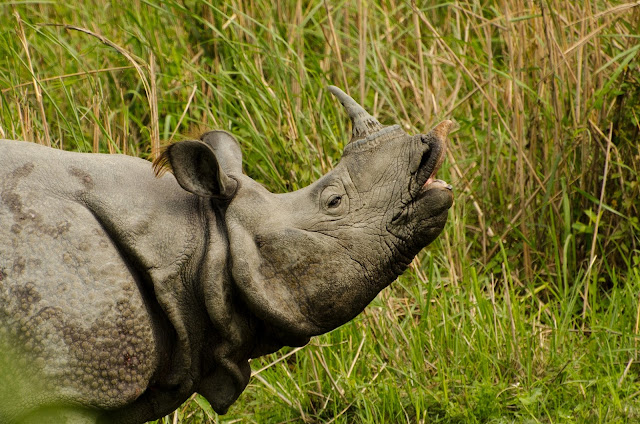 Until recently poaching was considered the biggest threat to Kaziranga's denizens, especially rhinos, to feed the great Chinese appetite for rhino-horn, which is considered an aphrodisiac. In 1992, 48 rhinos fell to the guns of poachers. Since that ghastly year there has been a constant decline in poaching incidents thanks to the valiant efforts of the forest department but poaching has not been brought totally under control. Today, the real danger to Kaziranga's animal populations is habitat destruction caused by what scientists call 'increasing anthropogenic pressures' or destructive human activity, which is slowly eroding the park's boundaries.