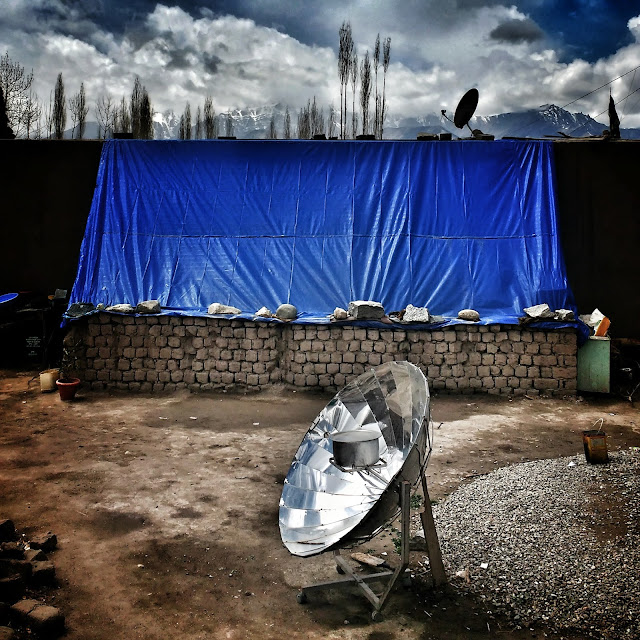 Five years ago, on December 12, 2015, world leaders agreed on the Paris Agreement and set themselves three goals to strengthen the global response to the threat of climate change: adaptation for addressing and reducing vulnerability to climate change, mitigation for reducing emissions to limit the global temperature increase to well below 2°C up to 1.5°C, and making financial flows consistent with climate goals.

By the end of 2020, we already know what a 1.2°C warmer world feels like – wildfires, floods, cyclones, droughts, melting glaciers, sea-level rise, species extinction, crop failures, the decline of fisheries, and a full-blown global pandemic. We also know that it is going to get worse unless world governments take drastic and bold action.

It may surprise many that India is the only G20 country that is currently on track for the 2°C degree scenario, according to The Climate Transparency Report (CTR), the annual review of G20 countries' climate action. India also figures in the top 10 for the second year in a row in The Climate Change Performance Index (CCPI) 2021. The CCPI analyses and compares climate protection across 57 countries (plus the EU as a whole) with the highest emissions. The truth is that the world is not doing anywhere near enough to meet the 1.5°C target.

According to the latest UNEP Emissions Gap report, the world is still heading for a temperature rise in excess of 3°C degrees this century.

India ranks high in these reports, merely due to its ambitious renewable energy and energy efficiency targets that include 33-35 percent reduction in the emissions intensity of GDP (compared to 2005 by 2030), at least 40 percent non-fossil-fuel electric power capacity by 2030 and additional (cumulative) carbon sink of 2.5-3 GtCO2e by 2030 through additional forest and tree cover.

These rankings, however, stand in contradiction to the Indian government's overall track record on the environment. It is well known that the current government is on a 'dilution spree' of laws pertaining to India's forests, coasts, wildlife, air, and waste management to favour "ease of doing business" and to lure investments under the guise of development. Its outrageous obsession with coal and ill-conceived infrastructure projects are endangering the last remaining pockets of biodiversity and reserves of natural resources, thereby weakening our resilience to climate change challenges.

At the last count, the Indian government has approved 278 projects in and around India's most protected environments, including biodiversity hotspots and national parks, since July 2014. India incidentally stands 168 (out of 180 countries) on the 2020 Environmental Performance Index.

For a country battered by climate-induced disasters, India must recognize the role of nature-based solutions to adapt to climate change's adverse effects and foster climate resilience.

Already 8 out of the 10 highest-ranking years of heat wave exposure in India have occurred in the past 20 years, with heat-related mortality in people older than 65 years reaching a total of 296,000 deaths in 2018. Cyclone Amphan, which brought destruction to West Bengal in India and Bangladesh in May 2020, was the "costliest tropical cyclone on record for the North Indian Ocean," with India's economic losses from the disaster totalling about $14 billion.

The International Labour Organisation has projected that productivity loss due to heat stress in India will be equivalent to 34 million full-time jobs in another 10 years.

An October 2019 study by the Climate Impact Lab says that by 2100, around 1.5 million more people are likely to die every year in India due to climate change. This rate is as high as the death rate from all infectious diseases in the country in 2019. The COVID-19 pandemic not only spiked those numbers but also demonstrated the real cost of rampant forest destruction.

Going forward, the Indian government needs to prioritize and incorporate adaptation and mitigation measures into decision making at every level. It has to recognize that a local resource-based approach to infrastructure development can be a significant contributor to assisting its citizens in adapting to climate change while contributing to the economy. Community-based natural resource management programmes for water and land resource management in rural areas, promoting climate-resilient agriculture, and building a climate-proof rural infrastructure will ensure livelihoods and reduce emissions.

But most of all, India must protect its biodiversity fiercely and strengthen its natural systems. To quote Antonio Guterres, "Making peace with nature is the defining task of the 21st century. It must be the top, top priority for everyone, everywhere."

First published in MoneyControl on 29 December 2020.