The Gods must be Angry 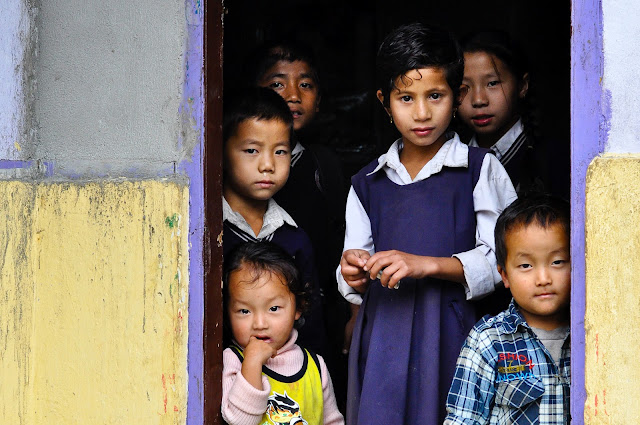 The Lepchas, the indigenous people of Sikkim, are shaken up. Literally. Many consider the earthquake of September 2011 and the destruction caused at sites of the Teesta dam project in their homeland, Dzongu, in north Sikkim, as a sign of the wrath of the gods for disturbing the sacred ecology of this unique Himalayan landscape.
There are only about 4,000 Lepchas -- a ‘primitive tribe’ as recognised by the state and ‘original indigenous inhabitants’ as acknowledged by the Indian Supreme Court -- still living in Dzongu. They consider themselves protectors of this amazing ecosystem at the foothills of the main deity, Khangchendzonga, the world’s third highest mountain. It is their relationship with the mighty mountain and ancient legends of the natural world they live in that is at the heart of their agitation.
For the past seven years, local inhabitants have been questioning the Teesta hydropower project and actively protesting against the 24 dams being built on the Teesta river. Many have undertaken 100-day hunger fasts demanding that Dzongu be spared.
Dzongu is an earthquake-prone and geologically fragile area; blasting and tunnelling in the mountains to change the course of rivers is not the cleverest way to generate electricity, say the Lepchas. They have quoted from climate change studies questioning the long-term carrying capacity of dams on the Teesta, given the rate of glacier melt and changes in weather patterns. They have pointed out that Dzongu, all of its 74 sq km of vertical terrain, is an important part of the Khangchendzonga National Park and that any conservation effort in these parts would be pointless without protecting Dzongu. They have listed the myriad species of butterflies, birds, plants and trees that survive in these mountains that constitute part of a greater Indo-Myanmar biodiversity hotspot. Tired, thirsty and hungry, they shouted their protests before being arrested and force-fed. No one paid any attention to their warnings.
Read more on Infochange India
Posted by SHAILENDRA YASHWANT No comments: