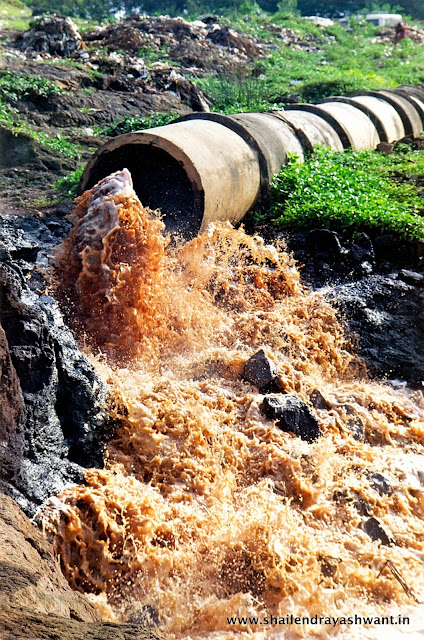 A report by Meena Menon in Firstpost.com about the judgement in a SLAPP suit aka defamation case against me by India's biggest agricultural pesticide company.


'Like some places, Vapi, an industrial hub in Gujarat, bordering Maharashtra, is recognisable by its smells and its polluted colourful nallahs full of untreated effluents. Many years ago, it used to be identified by an unmistakable stench and even now as you cross the river Daman Ganga, the air tells you that there is more than water in that river. Most people passed by and held their noses but one photo-journalist did more than that. Shailendra Yashwant reported on the pollution in Vapi in an article, “Toxic Wastes Choke Vapi’s Lifeline”, for Sanctuary Features which was published in Newstime on 11 July, 1995.
For that public service, Yashwant and the chief editor of Newstime, Ramoji Rao, its owners and publishers, and Bittu Sahgal, editor of Sanctuary Features who commissioned the article, faced trial for defamation charges which concluded only last month, a good 22 years after the case was filed by United Phosphorus Limited (UPL) in 1996. The company claimed that the “defamatory” article was published with the “common intention” of affecting its business and causing it damage as well as tarnishing the reputation of its directors. Besides, it contended that the article contained “several false statements, some of which are defamatory per se and others [are] containing defamatory innuendos.”

File image of the metropolitan magistrate court in Mumbai. Reuters/Punit Paranjpe
However, metropolitan magistrate KG Paldewar concluded on 4 August, that the article was published after “due care and attention”, without malice, in good faith for the public good. “The said article in good faith conveys for the public good a caution on the adverse environmental impacts by the import of such obsolete technology and its operation in the country. Hence, the publication of [the] article is for public good in the interest of public.” He acquitted all the accused in the case and said that the article in question “speaks of the truth which has been written by his [the journalist’s] own study, research and from the material collected.”
The judge also pointed out in his order that the case of the complainant relating to financial loss to the company is contrary to the evidence. 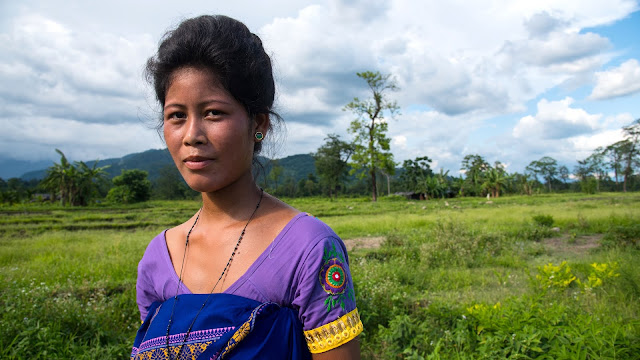 There are 56 rivers that flow down from the Himalayan kingdom of Bhutan to the eastern state of Assam in India to meet the Brahmaputra River. The hills of Bhutan are covered with lush forests, but on the Indian side of the border there are vast tracts of dry plains with occasional patches of severely denuded forests. Not very long ago the forests were contiguous across the borders but internal migration, poverty and increasing demand for fuelwood changed the landscape drastically on the Indian side of the border.

Due to climate change all the rivers flowing from Bhutan to India have changed their behaviour dramatically in the last decade – with long periods of dryness, shallow flow and then repeated flash floods, followed by massive amount of silt, sand, sediments, stones and boulders hurtling downstream across the border into India, constantly altering the river’s course. This has caused hardships and misery to people on both sides of border.

Due to climate change all the rivers flowing from Bhutan to India have changed their behaviour dramatically in the last decade – with long periods of dryness, shallow flow and then repeated flash floods, followed by massive amount of silt, sand, sediments, stones and boulders hurtling downstream across the border into India, constantly altering the river’s course. This has caused hardships and misery to people on both sides of border.

Downstream communities in Assam have regularly raised the alarm, attributing these changes to dam building upstream in Bhutan. They are worried that the plans to build more dams in Bhutan will lead to more flooding, erosion and more destruction than good. The Bhutanese government and their Indian dam consultants have dismissed these objections in the past, but the recent erratic weather patterns have upset all predictions and is now shaping the future flow of the river and Bhutan’s relationship with India.

Read the full report on scroll.in  or on The Third Pole
Posted by SHAILENDRA YASHWANT No comments: